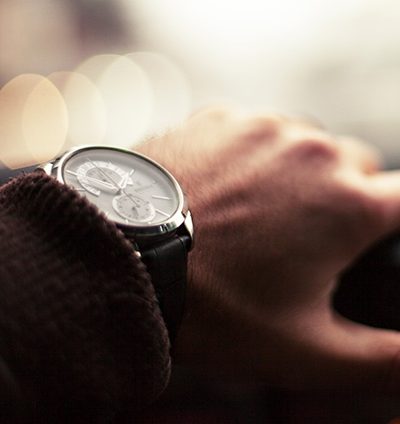 How to Make Mindfulness Part of Your Daily Routine
Four simple, straightforward steps to develop the essential skill of self-awareness
Matt Tenney May 23, 2016

Have you ever taken a moment to calculate how much time you spend each day engaged in simple, mundane activities like washing your hands, brushing your teeth, getting dressed, commuting to work, standing in lines, preparing food, washing dishes, taking a shower… ?

If you haven’t, don’t worry. I’ve done it for you. The estimate that I’ve come up with—which I consider pretty conservative—is 85 minutes per day.

This means that over a 30-year career, you’ll spend 646 days (roughly 21 months) engaged in activities that are non-productive at best (from a professional perspective) and often thought of as obstacles to being productive. In some cases, these activities cause frustration and anxiety, such as when you’re running late for work, an appointment, and stuck in traffic or standing in a line that isn’t moving.

Wouldn’t it be nice if you could transform all of the simple, mundane daily activities from time-sucks to highly productive time? A growing body of neuroscience research suggests you can do just that. By making a subtle inner shift during those activities, and operating from the perspective of mindfulness, you can actually change both the function and structure of your brain in ways that improve your performance in the workplace, especially as a leader.

The Simple Shift That Trains the Brain
Being mindful means that instead of running on autopilot, caught up in our thinking or our emotional state, we have an objective awareness of the thoughts that are running through our mind and of the emotional state of the body. More simply, we are self-aware.

Self-awareness might be the most important leadership skill we can develop. In 2013, when 75 members of the Stanford Graduate School of Business Advisory Council were surveyed regarding the most important competency leaders should develop, the answer was almost unanimous: self-awareness. Although self-awareness influences nearly every aspect of our lives, it impacts our careers in the following three ways:

Self-awareness is the key to understanding our strengths and weaknesses, which is essential for deciding where to focus our energy and which team members we need to have around us to be most successful.
Self-awareness is the key to making sound decisions. It is what allows us to know what types of biases we have, know how those biases affect our decisions and see how those biases creep into decision-making.
Self-awareness is the foundational competency of emotional intelligence. The well-known research of Daniel Goleman and Richard Boyatzis suggests that emotional intelligence accounts for as much as 90 percent of what sets stellar leaders apart from average leaders.
By making the effort to practice mindfulness during daily activities, we are able to systematically improve our self-awareness. In fact, research suggests that mindfulness training changes both the function and the structure of the brain in ways related to improved self-awareness. One of the first studies to show this was conducted by Sara Lazar and her team at Harvard University in 2005. The team discovered that in practitioners of mindfulness regions of the brain associated with self-awareness are measurably thicker. Other studies, like this one conducted at the University of California at Berkley, suggest that mindfulness training results in highly refined levels of self-awareness, which allows us to detect subtle aspects of ourselves that untrained people can’t.

Although it’s certainly not easy, transforming all the mundane moments of the day into opportunities to develop the essential skill of self-awareness is a simple, straightforward process, outlined below in four steps.

Make a list of all the activities that you engage in every day that don’t require you to be actively planning, analyzing or otherwise thinking.
Commit to practicing mindfulness (described below) during one—just one—of those mundane activities for a week.
At the start of week two, continue practicing during the activity from week one, but add a second activity.
Continue adding one activity each week until you’re making the effort to practice mindfulness during every activity on your list.
Practicing mindfulness during daily activities can become a simple habit. Before beginning an activity—such as brushing your teeth—it can be helpful to pause for a moment, take a breath and remind yourself that you’re going to practice being mindful during that activity. Then, simply let go of intentionally thinking and make the effort to be curious about what you’re feeling and experiencing in that moment.

Think, What’s happening now? Notice whatever sensations arise. This is your foundation. Thoughts will surely arise during those few minutes and that’s OK. This is an important part of the training. By making the effort to notice those thoughts and not be pulled into them, you are gradually rewiring your brain for better self-awareness.